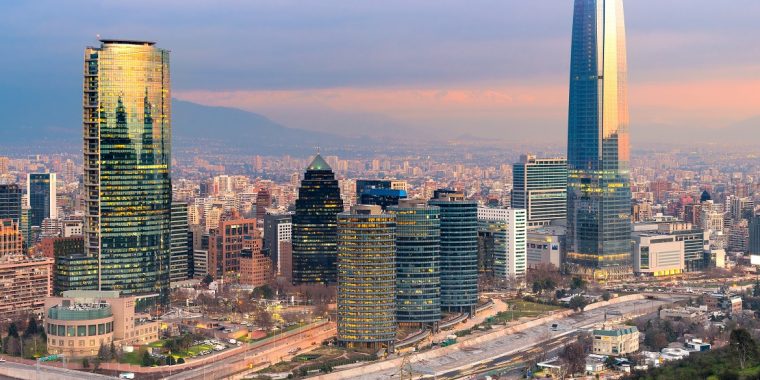 Chilean corporate taxpayers are subject to taxation on their worldwide income.

The rate at which this income will be taxed will vary depending on the corporate tax system elected by the taxpayer, subject to some eligibility requirements. In a nutshell, the two main systems are the following:

a)Preferential corporate tax system for small and medium companies: taxable income (on a cash basis) will be subject to corporate income tax (“CIT”) at a 25%

For a foreign investor the shareholder’s tax on distributed dividends is a Withholding Tax (“WHT”) set at a 35% rate, against which 100% of the CIT paid by the entity that has paid the dividend will be creditable. The outcome is that on the taxable profit generated by the corporate taxpayer, the overall tax burden (considering both the tax of the corporate taxpayer and of the investor/shareholder) will be capped at 35%.

b)General corporate tax system: taxable income (either on an accrued or cash basis) will be subject to CIT at a 27%Upon the corporate taxpayer effectively distributing a dividend abroad, WHT will be triggered.

This WHT is set at a 35% rate. However, under this system only 65% of the CIT paid by the entity that has distributed the dividend will be creditable against the WHT to be paid upon a distribution taking place. The outcome is that on the taxable profit generated by the corporate taxpayer, the overall tax burden will increase to 44.45%.

An exception to this rule is applicable when the shareholder is a resident of the US or of one of the more than 30 jurisdictions with which Chile has a tax treaty. In this scenario, even if the corporate entity opts for the General corporate (or semi integrated) tax system, the shareholder will be entitled to effectively credit 100% of the CIT paid by the entity distributing the dividend against the WHT on the dividend, thus resulting in an overall tax burden of 35%.

Note that WHT is to be withheld, paid and declared by the Chilean corporate taxpayer, on behalf of the foreign shareholder.

2. Funding of a legal entity

A legal entity can be commonly funded either through equity or debt.

Equity repayments are not subject to taxation. However, Chilean law mandatorily establishes that for tax purposes an equity repayment can only take place upon the corporate taxpayer having exhausted its tax and financial profits. In other words, if an entity has an equity of USD 100 and USD 10 of profits, upon the shareholder attempting a capital repayment of USD 20, the law will force the taxpayer to impute USD 10 as profit (thus triggering taxation as if it had distributed a dividend) and USD 10 as equity (tax free).

Debt, in turn, has the benefit of flexibility. The Chilean entity can repay the principal amount of a shareholder loan at any time without triggering taxation. In addition, the following should be considered:

a) Stamp duty will apply at a capped rate of 0.8% for loans with a maturity date exceeding 12 months, or 0.332% upon the loan being payable on demand. The tax is imposed at the aforementioned rates on the principal amount.

b) Interest payments paid to non-resident lenders will be subject to a 35% WHT, unless one of the following circumstances takes place:

i) The lender is a foreign bank, insurance company or foreign financial institution, in which case the WHT on the interest will be reduced to 4%.

ii) The lender is a resident of a treaty country, in which case the WHT on the interest will be reduced to either 10% or 15% depending on the treaty country.

Note that for the reduced rates to apply when the lender is a related party, Chilean thin cap rules are to be considered. In short, these rules require the Chilean resident borrower to maintain a 3-to-1 debt-to-equity ratio. If this ratio is breached, then the interest attributed to the excess of indebtedness paid to a related party abroad will be subject to a 35% WHT.

Bear in mind that WHT on interest is to be withheld, paid and declared by the Chilean debtor, on behalf of the foreign lender.

It is common for intercompany cross-border services to be rendered. There is no limit on the deduction of the payments made by a Chilean corporate taxpayer for services rendered by a related party abroad.

That said, for the payment to be tax deductible the following should be considered:

If a payment fails to meet the deductibility requirements established by Chilean law, its deduction from the corporate tax base won’t be allowed.

Paying the WHT associated to a service rendered by a related party abroad is a requirement in order to deduct the expense.

Generally speaking, WHT on services is 35% unless the nature of the service is technical, in which case a 15% rate is to be considered.

An exception to this rule takes place when the provider of the technical service is a resident of one of the 148 jurisdiction or territories that Chile deems as “tax havens”, circumstance under which a payment for technical services will be subject to a 20% WHT.

Finally, it should be considered that most of the tax treaties signed by Chile (with a few exceptions) characterize service payments as business profits, thus not subject to WHT in Chile.

VAT is by far the most relevant tax and is set at a flat rate of 19%.

VAT is applicable on the sale of goods and on the provision of certain services (e.g. advertising). Consulting services are typical examples of non-VATable services.

For VAT taxpayers (e.g. such as a wholesaler), input VAT (e.g. VAT paid to vendors) is creditable against output VAT (e.g. VAT charged to clients). Alternatively, when output VAT is insufficient to exhaust the pool of input VAT, a taxpayer may wish to request a VAT refund from the Chilean tax authority. This request can be made if:

(i) the VAT being claimed is associated to fixed assets; and

(ii) the VAT taxpayer has accumulated this input VAT for 2 months or more.

Fixed assets can be depreciated at different rates depending on the type of assets. A list of the categories and depreciation time is in the following link.

For example, a building would typically depreciate in 50 years. That said, newly acquired or imported assets with a useful life exceeding three years can be depreciated in a third of the regular time established by the authority.

If a given asset is not in the list sent above, then the taxpayer can depreciate it based on the useful life provided by the manufacturer.

All intercompany cross-border transactions between related parties are subject to Chilean transfer pricing regulation. Chilean regulation primarily follows the OECD model yet it does not formally treat it as guidance.

Pursuant to this regulation, cross-border transactions are to be priced at arm’s length. Should the authority challenge whether a given transaction complies with the arm’s length principle, it can dispute it and impose a transfer pricing adjustment. On the adjustment, the authority can apply a penalty tax ranging from 40% to 45%.

An annual transfer pricing affidavit must be filed for companies that meet certain requirements.

Remunerations of employees that render services in Chile and that are domiciled or resident in the country are subject to a monthly employment tax or “second category” income tax, calculated using a progressive scale from 0% to 40%, and deducted and paid by the employer. As a general rule, foreigners neither domiciled nor residing in Chile and working in Chile are subject to a flat 35% additional income tax to be deducted by the company that employs them in Chile upon payment of the salary or fee. This rate is lowered to 15% for employment income for professional/technical services.

In the case of foreigners, during their first three years of residence in Chile they must pay taxes as indicated above only on their Chilean source income and this three-year term may be extended by the tax authorities in qualified cases. After the three-year term or its extension is over, the Chilean-resident foreigner must pay taxes on worldwide income.

For other types of income earned by individuals with Chilean tax residency, the surtax or “complementary global” tax is a progressive tax with rates ranging from 0% to 40%. It is applied on an annual basis and income of all sources is included in the calculation of the tax base, with the corresponding credits applied when applicable.